About The Teacher
Meet Russell Kelfer

Russell Lee Kelfer was born in San Antonio, Texas, November 14, 1933 and was welcomed into the presence of his Lord February 3, 2000.

While in high school he met Martha Lee Williams, and as journalism majors working on the school newspaper, they became high school sweethearts with a mutual love of the written word.

At the age of 19, Russell fell in love with The Word, and he was born from above into the Kingdom of God.

He and Martha were married June 23, 1953 and have two children, Kay and Steven. The lights of Russell's life were his four Cottingham grandchildren, Lauren, Miles, Emily, and James Russell.

When an eye injury while he was a student at the University of Texas precluded the reading required to finish his journalism degree, Russell gave up his dreams of becoming a writer to go into the family business, Kelfer Tire Company.

Over the years the tire salesman was used of God in ways which illustrate the Scriptural principle which is the theme of his homegoing celebration:

"For ye see your calling, brethren, how that not many wise men after the flesh, not many noble, are called: But God hath chosen the weak things of the world to confound the things which are mighty" (I Corinthians 1:23).

God called Russell to a variety of Kingdom tasks for which he had no worldly credentials, proving to all of us that "My grace is sufficient for thee: for my strength is made perfect in weakness".

Russell never once sought the projects described. God gently led him into them, usually by way of such small beginnings that as he would say, "I didn't have sense enough to be frightened".

He was always most comfortable in his one-to-one relationships. Speaking to groups never ever became easy. The butterflies were always there, but he felt they were God's tool for keeping him dependent.

Around the world his spiritual children join us in thanking the Father for allowing us to see Him in Russell. 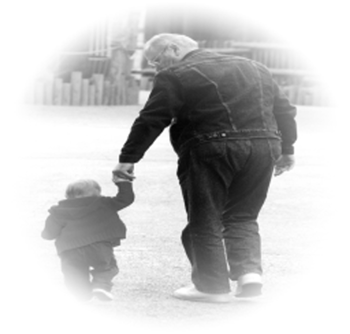